When I started back writing my blog after a long hiatus, I made the statement that at times I would use my blog as a journal to record some moments of my life (well…I said “something” like that).  At any rate, that’s what this post will be, so if you don’t want to read it, that’s understandable…it’s also A-OK.  I promise not to get mad😊

My life for the last two weeks has been filled with drama, upset, craziness, death, medical situations…well, let’s just say LIFE HAS BEEN TOTALLY HECTIC!  And I haven’t enjoyed it one bit...well, maybe some parts of it. 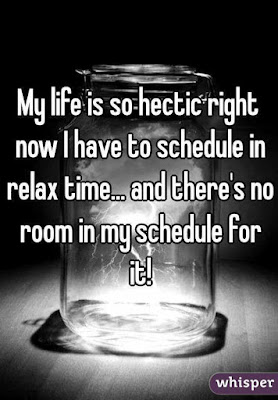 My niece (my younger sister’s only child) who is 24 had surgery for cancer twice in one week…once to remove cancerous lymph nodes, the second to take care of a complication.  She also had cancer surgery a year ago.  My sister is divorced, so I’ve tried to be a strong support system for her.  It’s hard to know the right words to say to give someone hope and encouragement
with something like this.  (If you are a praying person, I'm sure my niece and sister would appreciate any prayers you might have time for.  If you do not pray, good thoughts sent their way would be great.) 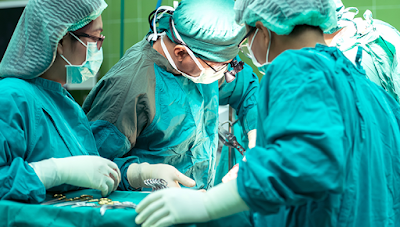 There has also been some drama in a part of my family which I won’t discuss here, but family drama is the worst kind!  I am so thankful for my little family here that is filled with love.  Even though we might not always agree with each other, we still love and respect each other.  I am just trying to stay out of the drama myself and praying for all concerned. 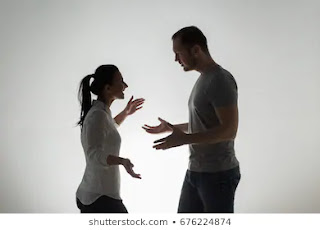 I lost one of my cousins and attended her funeral.  Her death was a blessing for her but so hard on her 8 sisters and 1 brother. 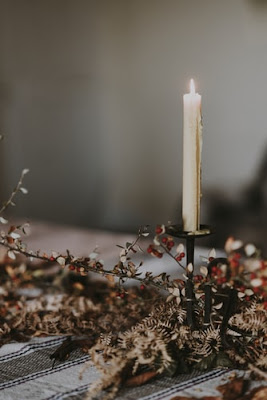 I have also been quite upset at the death of one of my very best friends.  If you have never read any of my posts about THE VALLEY GIRLS, you need to read THIS POST.  The Valley Girls are/were a group of 9 of us who graduated from high school together and have remained long-time friends.  We take “girlfriend trips” each year.  Sadly, we lost one of us this past week and my heart is broken. 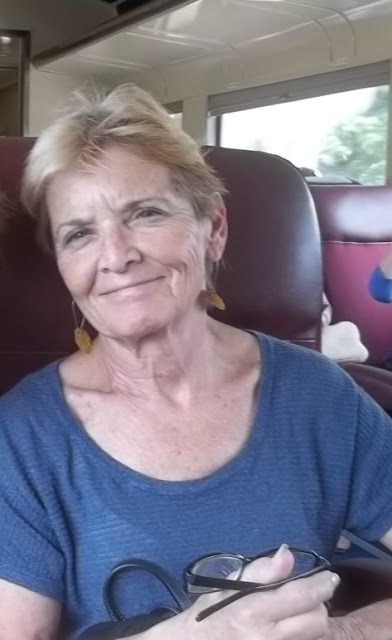 Joan was the LOUDEST & FIERCEST one of us 9.  Her laughter was contagious…and loud😊  Joanie had cancer but we really thought she was beating it, then it took a turn for the worse and just went like wild fire.  I (along with 3 other VGs) was blessed to get to go see her a few days before she gained her wings, although she was so sedated that she didn’t know we were there…but we knew we were there.

We celebrated her life yesterday, and what a celebration it was.  She requested no one wear black, but bright colors instead.  Although Joan was a spiritual person, she only wanted ROCK MUSIC, not sad funeral hymns.  And her ashes were placed in a wooden wine box!  That’s our Joanie…very unconventional.  The Valley Girls are now 8, but we will always be 9 in spirit.  And although we will miss her on our future trips, we will feel her presence no matter where we go.  Rest in peace, sweet Joanie, and dance away with your husband who was waiting for you. 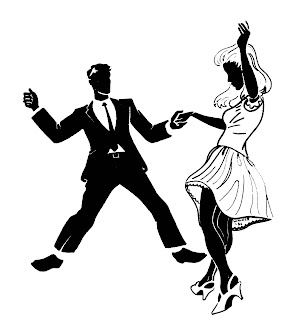 I have also been involved with:
*working with our local high school to re-introduce ART into our schools 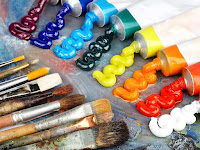 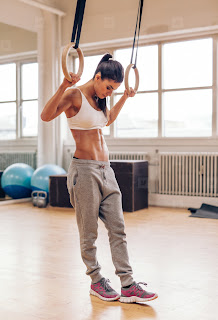 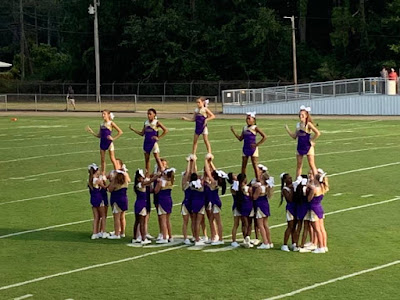 And, last but not least,
*trying to keep up with “wifely” stuff to keep my sweet & understanding husband happy.

Yes, life has been quite hectic.  But no matter how busy or crazy or difficult life is, every day is still a blessing.

Every day is a gift; untie the ribbons. 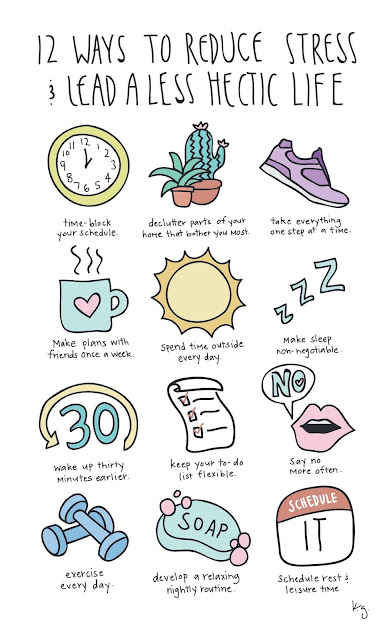 Well, FALL may be only 6 days away, but it sure doesn’t feel like it here in south GA!  The temps have been horrendously hot here this summer, and they are still going strong.  I did hear it may drop into the 80s later this week…still not cool, but sure better than 105!

FALL is my favorite time of year…although I really like it better when we call it AUTUMN.  I just like the sound of that word😊  And I do love the beautiful leaves, although where we live the temperatures do not lend to changing colors, so we have to travel north if we want to see the glorious shades of yellow, gold, orange, red, and brown. 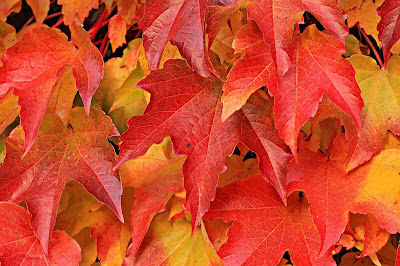 And one of my favorite things about FALL/AUTUMN are the colors….especially ORANGE!
Yep…I love ORANGE!  It’s a color I wear well.  And so…since I’ve already blogged about PURPLE and BLUE, I decided it was time for ORANGE. 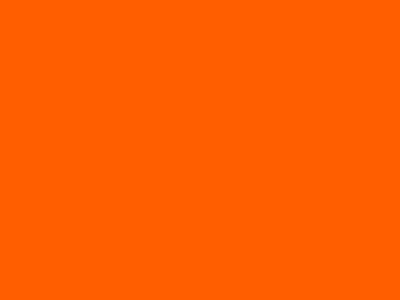 According to information I found HERE…
“ORANGE triggers more reactions than any other hue. It is often associated with something strongly negative or strongly positive but is considered to be a "happy color" in many cultures, representing the aspect of joy which raises the spirits and invigorates the observer. (No wonder I like it so much!)  It's associated with joy and sunshine and represents enthusiasm, fascination, happiness, creativity, and DETERMINATION.”

In many Asian cultures, ORANGE symbolizes good luck & prosperity. But this bright, cheerful color also has some religious undertones.  According to some sources, ORANGE represents joy in Christianity… joy which is considered the catalyst of acting on faith to receive God's blessings.   (I really like that!)

Of course, in our western culture ORANGE for many of us represents HALLOWEEN & THANKSGIVING.  And another of my favorite things for this time of year is PUMPKINS!  I am a PUMPKIN SPICE GIRL!!! 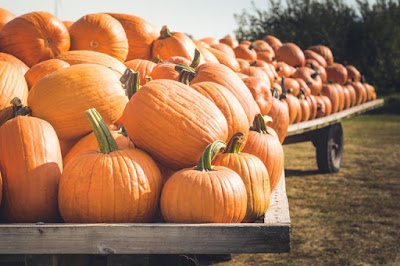 In case you are ever on JEOPARDY, here is some PUMPKIN TRIVIA for you…

*A French explorer in 1584 first called them "gros melons," which was translated into English as "pompions," according to History. It wasn't until the 17th century that they were first referred to as pumpkins.

*The original jack-o'-lanterns were made with turnips and potatoes by the Irish.

*Over 1.5 billion pounds of pumpkin are produced each year in the United States.

*The world's heaviest pumpkin weighed over 2,600 pounds. It was grown in Germany in October 2016.

*The largest pumpkin pie ever baked weighed 3,699 pounds. (My son would have gladly helped them eat it...he loves pumpkin pie.) 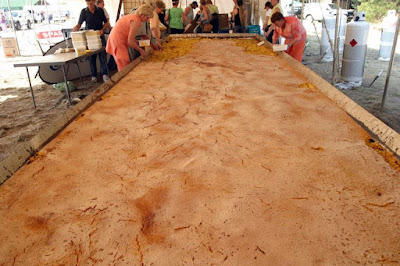 Since I was thinking so much about ORANGE, I decided to do some window shopping…well, at least surfing the web shopping; and here are some of my finds, in case you are interested.

I love to wear this bright color, but mostly in the fall & winter months.  Here are some sweaters that should brighten up a cold, dreary day… But compare that to this one from AMAZON for $17.99.  So similar but definitely difference in price. 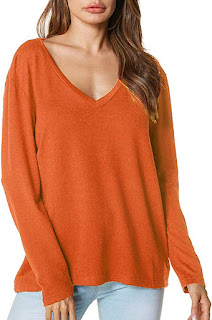 And this one is probably the one that I would choose, also from AMAZON and also $17.99. 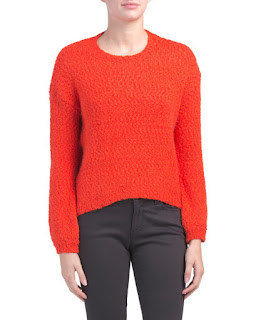 How about a pretty ORANGE purse for a pop of color with the browns and neutrals of cooler days?  This one is Tory Burch, but quite pricey @ $348 (and if you read my last post you know I’m a sucker for a bargain…which this is NOT!)  I would not pay this for a purse that would be limited in its use. (I do love my more neutral Dooney & Burke’s that were gifts from my husband!) 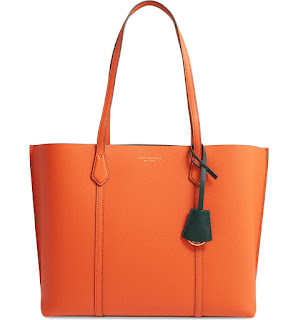 But I would definitely buy this one from Amazon for $15.51 (if I didn't already own an ORANGE purse:)…very, very similar, aren’t they!  And what a savings! 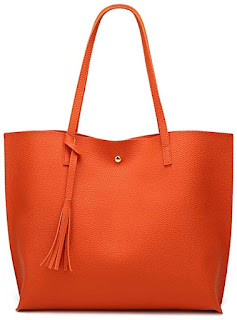 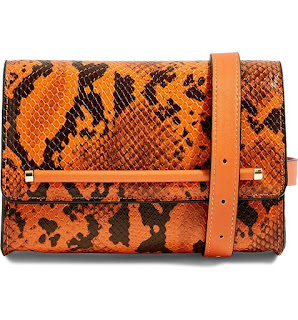 And here are the SHOES to match from a different seller...$72.96, but again a little too pricey for me when they wouldn't go with a lot of things.  But I do REALLY like them:) 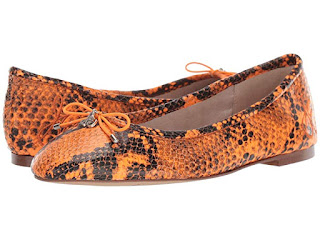 I'm seriously thinking of ordering this ORANGE plaid wrap from TJMaxx...only $9.99!!!:) Plaids are also 'IN'! 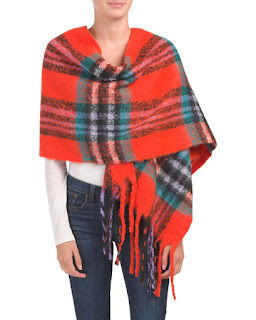 I do like to decorate some for FALL/AUTUMN but since I use so much RED in my home, it’s difficult to mix in my beloved ORANGE.  I do, however, make use of our big wrap-around porch.  I found this cute, cute pillow at Wal-Mart for only $5.96.  By the way, they had other cute fall pillows for only $5.  And…I bought a really, really cute BUFFALO CHECK one for Halloween, but I will share that later😊 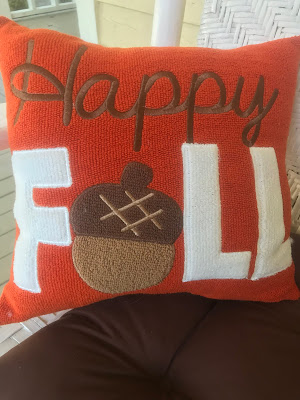 Well, I guess that’s about all I have to say about ORANGE…and
ORANGE YOU GLAD?  (tee hee!)    So how about you, do you like the color ORANGE? 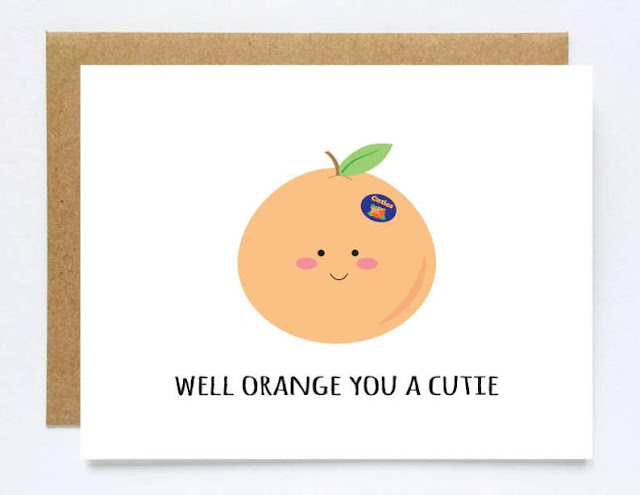 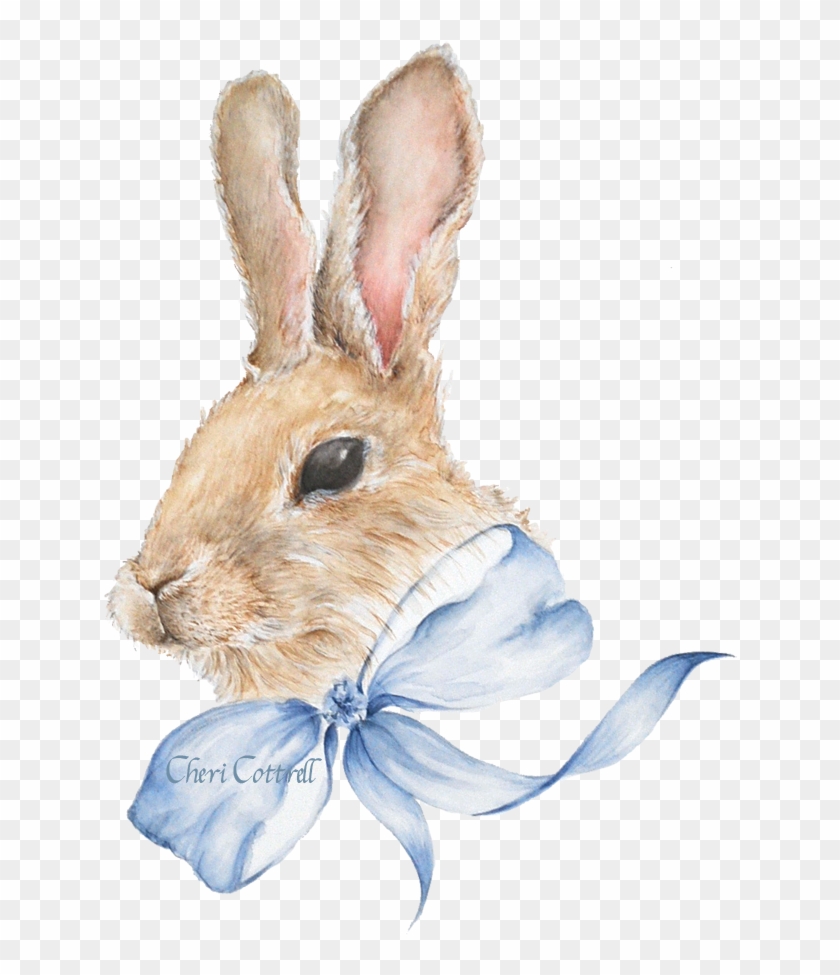